As you may know, this weekend we published the most significant update to Reverse Lookup ever. Unfortunately, it seems there has been some confusion about the permissions that the app requests, and Android permissions in general.

So please take a moment to read this blog post, and we’ll teach you a few important things to keep in mind when you are reviewing permissions –

1. Permission requests are not generated automatically.

Whenever we see or hear a discussion about Android permissions, it seems there are always people who assume that the permissions list presented during install is generated based on what the app tries to do.

This is actually false. The permissions that you are asked to approve during install are specifically requested by the developer. If the developer fails to request a needed permission, the app will simply crash when that code attempts to run.

With that being said, it’s generally bad practice for a developer to request unneeded permissions, but they can if they want. In some cases it’s difficult to avoid – some apps are written using third party frameworks that simply request everything(or at least more than what is needed). In this case, the developer may not be able to reduce the list to just what’s needed.

When you install an Android app in the latest versions of the Play Store, you are shown a summarized list of permission groups. 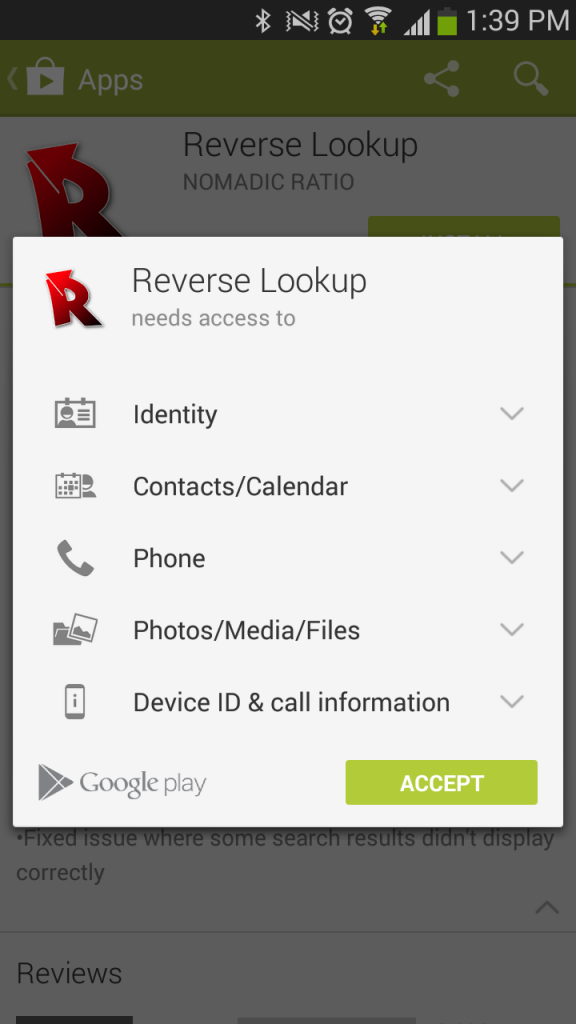 But if you expand each section(image below), you can see the actual permissions we are asking for, and things start to make much more sense. You should do this for any app you install rather than just assuming it’s asking for complete access to each group. 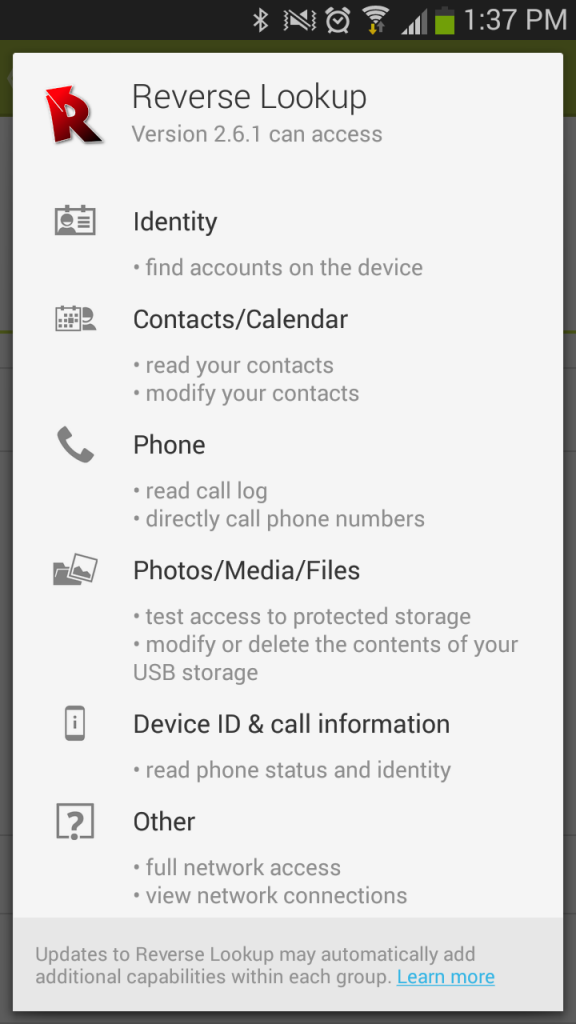 In the case of Reverse Lookup specifically, here’s what the permissions are actually used for:

We know permissions are a scary issue for many users, and we always want to be as transparent as possible about the ones we use. We hope that this explanation has shined some light on how permissions work and specifically how and why we are using them.

If you have any further questions, as always, feel free to shoot us an email.