UPDATE: This issue has now been resolved. Update 3.5.9.5 is now available to all users in the Google Play Store. We anticipate an update on the Amazon App Store in the coming days.

Those of you who have a Google Pixel device may have begun experiencing crashes in Reverse Lookup during the past couple weeks. This was due to an unexpected change in the Pixel version of Android 11 which recently began rolling out.

We want our users to know that we have already identified the issue and submitted a fix to the play store. Unfortunately Google’s review team is experiencing delays due to the ongoing worldwide pandemic as well as the recent winter holidays, so we’re currently waiting on them to approve the update before we can begin rolling it out. In the meantime, you can avoid this crash by denying call log access to the app – though using this workaround may require you to use the app’s manual search instead of the call log view. After the update is approved and distributed, you can reenable access to the call log.

Please note that this fix has already been approved and rolled out for users of Reverse Lookup PLUS, so if you’re using that version of the app, please ensure you’ve updated to the latest available version.

As always, we thank you all for your support and apologize for any inconvenience. In addition, we would like to wish all of our users a safe and happy new year!

Just a quick note to let everyone know that Reverse Lookup / Reverse Lookup PLUS 3.5.9 has been submitted to the Google Play Store and Amazon App Store! This update brings improved search results.

We anticipate it going live within the next 48 hours, and we’ll update here as it’s approved in each storefront. UPDATE: Now LIVE in all stores with full rollout over the next week or so.

After this, we anticipate the next update in about 4-6 weeks.

As always, thank you for your support and have a great weekend!

A few hours after this post goes live, Reverse Lookup 3.4.5 will begin rolling out on the Play Store and Amazon Appstore. The update should make it to all users over the course of the next two weeks. The PLUS version of this update will follow within the next 5-7 days.

In addition to the usual minor bug fixes, this release adds support for spam call detection. This is a feature that we’ve been preparing behind the scenes for a while, and we hope our users find it to be useful. Whenever you search for a call within Reverse Lookup, our systems will now use historical data to determine whether or not the caller has exhibited spam-like activity, and if so, will make a note of that on the search results screen.

This has worked well in testing, and we’ll be closely monitoring the system to make sure it’s catching as many spammers as possible.

As usual, thanks again and please let us know if you have any issues or questions.

Hey all – just a quick note.. after releasing version 3.3.1 over the weekend, we noticed a bug that was causing crashes at launch for a lot of users.

We’ve just pushed out version 3.3.2 on the Google Play Store which should solve this issue, so please be sure to grab the latest version if you’re having trouble.

Thank you and as always, please reach out if you have any comments or questions.

Hi! Today we’re beginning to launch Reverse Lookup 3.3 on the Google Play Store. All users should start receiving this update today. Although the update is fairly substantial, most of the changes are behind the scenes and most existing users won’t see a difference in their day to day use.

So what did change?

New permissions request model – We’re now building the app against the latest Android APIs, something we had previously planned to do as we moved through the second half of the year. What this brings for our users is the realtime permissions request model that was implemented when Android 6.0 launched a few years back. Existing users won’t see a change – you’ve already accepted the needed permissions when you downloaded the app prior to today. New users on devices using Android 6.0 and up will now be asked to grant permissions as they are needed for the first time. The permission requested at app launch is used to build the main screen from your device’s call log. If you don’t grant this permission, you’ll only be able to search for calls by entering phone numbers by hand. The other permission you may be prompted to grant is for writing contacts, which is used when you use the app to block a number.

Permissions cleanup – Prior to this release, we needed to request the permission for writing to external storage as a requirement of the Google Maps API which is used on the location tab in search results. Google Maps no longer requires this permission, so we’ve removed the request from the app.

As always, we’ll be monitoring the launch and quickly releasing fixes for any issues that arise, so you may receive the app with a different minor version number.

Legacy Android Support dropped – Some of these changes have required us to drop support for devices running versions of Android under 4.0, which was released over 6 years ago as of this writing. According to our data, less than 500 users were still on these versions, and while the app version they have will continue to work for now, they will no longer receive updates or support.

As always, thank you for using the app and please reach out if you have any issues or questions.

Since the beginning of the year, we’ve been hard at work applying more and more polish to Reverse Lookup. We’re not quite ready to release it just yet, but we wanted to show a few screenshots of the direction we’re moving in.

In this release, as you can see, we’re bringing the app’s design up to date with a Material-inspired overhaul. Check out these screenshots for a small taste of what to expect: 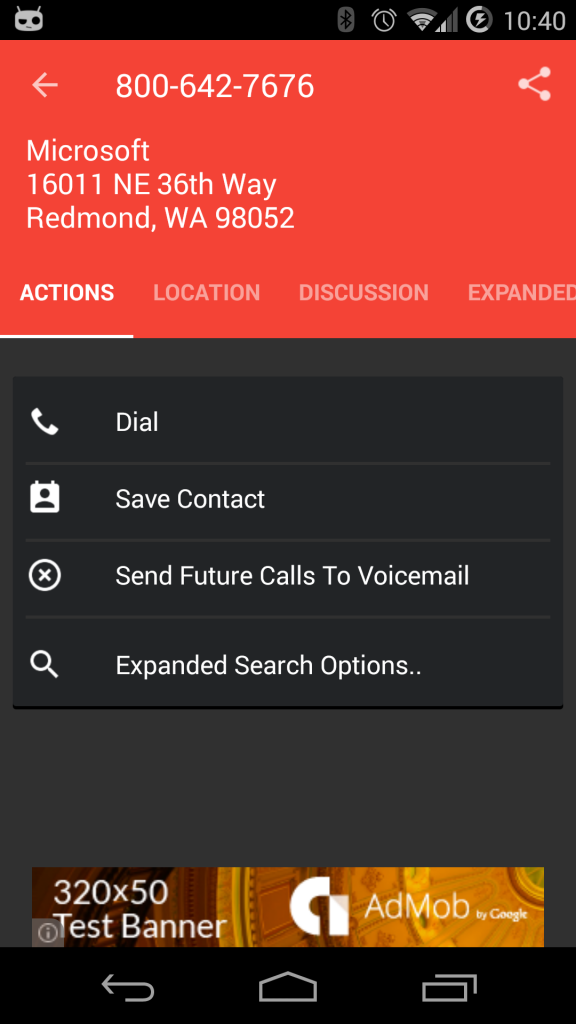 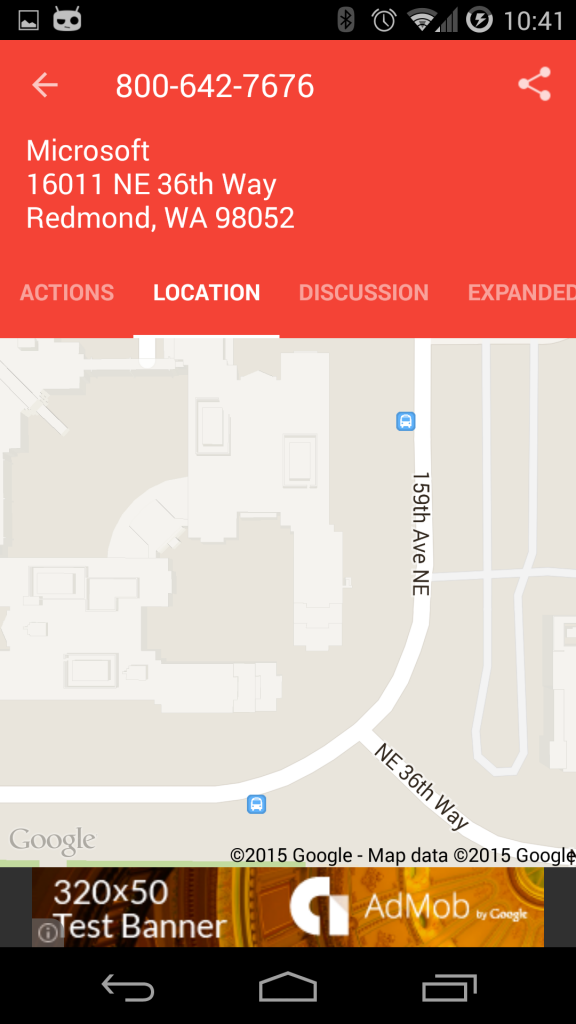 This update won’t stop with design updates though. Don’t worry – nothing is going to be drastically different, but you’re going to notice small details throughout the app that we’ve rethought for this update. We hope you’ll appreciate them as much as we think you will. We’ve also included several bug fixes and lots of internal code cleanup and optimizations. That last bit won’t affect you as a user, but it’s always helpful for us to drop as much cruft as possible.

That’s all for now. As mentioned above, this update is planned to be available within the next few weeks, so please keep your eyes open for it.